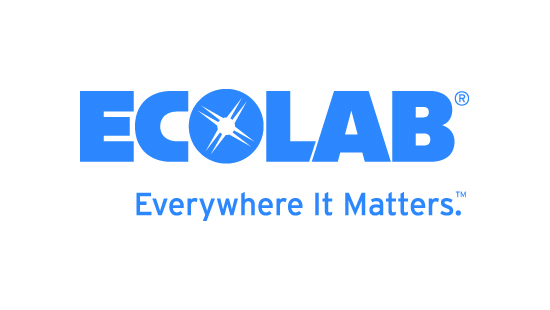 In its new annual corporate sustainability report, Catalyst for a Better World, Ecolab Inc. (ECL) highlights how it helps customers reduce water and energy use, ensure clean hospitals, hotels and restaurants, and safely produce the world’s food and energy.

“Many companies have complex sustainability needs and aspirations,” said Emilio

Tenuta, vice president of Corporate Sustainability. “Our industry-leading expertise and solutions help them reduce water and energy use for everything from industrial water boilers and cooling towers to warewashing processes for restaurants and foodservice facilities. All of these individual interventions add up to a significant global impact.”

Within its own operations, Ecolab is working to reduce water withdrawals by 25 percent and greenhouse gas emissions by 10 percent by 2020, against a 2015 baseline. In 2017, the company moved to a new headquarters building in St. Paul, Minn., helping to reduce electricity use nearly 40 percent compared to the annualized use from 2012 to 2016.

Ecolab also aims conserve 300 billion gallons of water, equivalent to the drinking water needs of one billion people, by 2030. The company will accomplish this by reducing water use within its customers’ and its own operations. Ecolab supports the U.N.’s sustainable development goal six, promoting clean water and sanitation, through its work with customers, within its own facilities and through a number of dedicated projects in communities around the world.