Florida ranks fifth in the U.S. for new food outlets 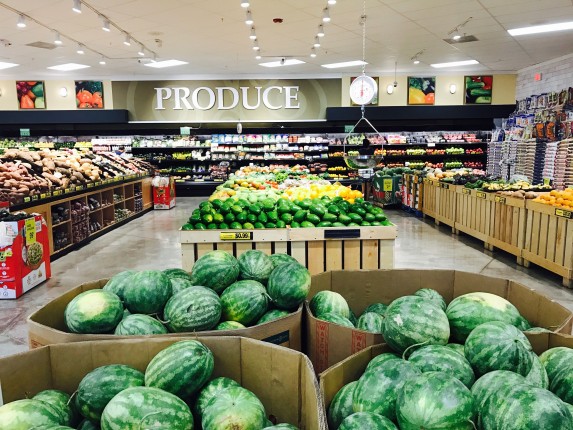 If it seems like there are more places than ever to buy food, it’s not your imagination: There are more grocery stores in the Sunshine State than ever before, and the retail segment is getting larger.

Although the number of grocery openings were down significantly last year nationwide, Florida saw a 6% gain in 2017 for grocery square footage, according to a new study by commercial real estate brokerage firm JLL.

The company says Florida ranked fifth in the U.S. in the amount of new grocery space opened last year, behind California, Virginia, North Carolina and Texas.

Florida, the nation’s third most populous state, has been a hotbed for new grocery expansions, with the likes of Lucky’s, Earthfare, Sprouts, Aldi, Whole Foods Market and others opening outlets in the state over the past decade.

At the same time, stalwarts like Publix Super Markets Inc. and Richard’s Whole Foods have expanded their offerings, as well, to meet market demand.

The increase in grocery store space in Florida stands in contrast to the industry’s experience nationwide in 2017, as well. Throughout the U.S., grocery store openings were off 29% last year from 2016, JLL notes, as merchants “took a step back to examine existing footprints and re-evaluate company strategies.”

The brokerage firm adds that grocers are focused more than ever on fresh and healthy foods — amid a 9.8% surge in organic sales — affordability, accentuating private label offerings and improving their digital platforms to enhance customer convenience.

JLL contends, along with other analysts, that Amazon’s $13.7 billion acquisition of Whole Foods Market last year could fundamentally change the industry and the way groceries are sold.

“This acquisition will give Whole Foods the ability to test new ideas and concepts within the grocery industry with more frequency and speed, forcing competition and innovation in an industry that until recently has not seen much change,” JLL wrote.

For the year ahead, JLL believes grocers will continue to push partnerships — think Kohl’s inside Aldi and Ace Hardware micro-stores in Kroger Supermarkets — along with “data driven technology.”

Smaller stores also will be the norm, with the average 40,000-square-foot super market shrinking, in some cases, down to 10,000 square feet. Publix, for instance, has been considering rolling out 20,000-square-foot stores, especially in urban areas or for its GreenWise organic chain.

JLL’s prediction comes amid continued turbulence in the grocery industry, resulting in store closures and bankruptcies.

Most recently, the parent of Winn-Dixie filed for bankruptcy protection from creditors and announced plans to close nearly 100 stores.

In all, parent Southeastern Grocery has more than 200 outstanding loans tied to commercial mortgage-backed securities with a “combined allocated property balance” of more than $1.7 billion, Morningstar Credit Ratings reports.